Office of the Vice President, Administration

The Office of the Vice President for Administration (VPA) is headed by Dr. Freddie B. Caday. He is a professor in the University who holds masters and doctorate degrees in Cri 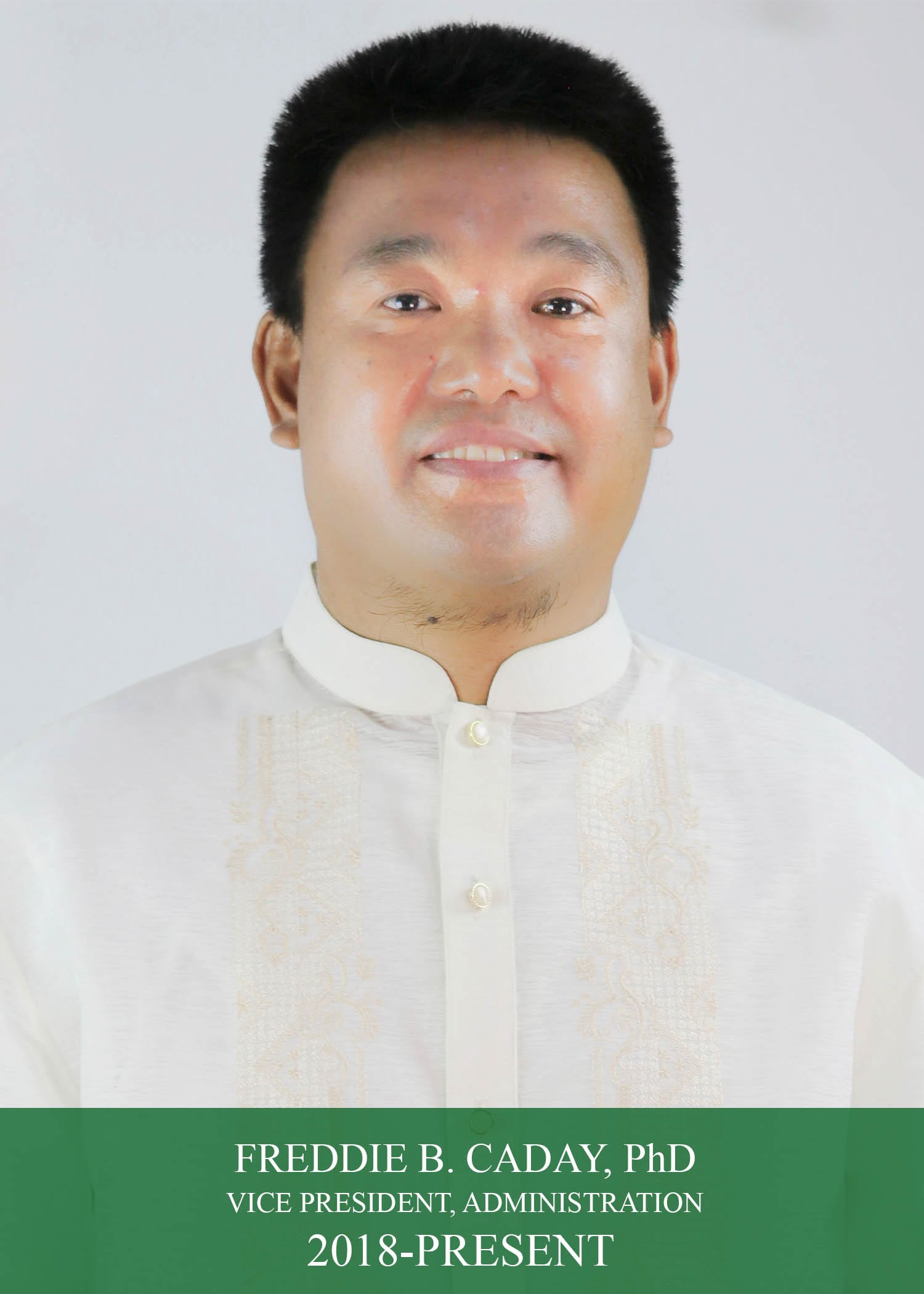 minology. He was a former University Director of the Department of Student Services and Development in 2008 to 2009 and served as Dean of the College of Arts and Sciences (CAS) and the College of Criminal Justice Education (CCJE) in 2009 to 2015. His leadership as Dean of CCJE has contributed much in the recognition of Ifugao State University as a top performing school in the Criminology Licensure Examination.

He was also awarded as “Best Dean” by the Professional Criminology Association of the Philippines in 2011. Prior to his employment at IFSU, he served as a Dean for one year and a Vice President for two years at the Kalinga Colleges of Science and Technology.He is with the Ifugao State University for over 10 years now and have been showcasing exemplary services in the various capacities that he has been holding.

The following departments are under the supervision of the Office of the Vice President for Administration:

3. Department of Human Resources and Development

4. Department of Infrastructure and Site Development